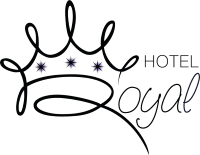 For a whole week, the city of Riccione—the Italian holiday capital—turns into a huge stage where more than 5,000 athletes from around the world perform at their best.

The Festival del Sole is the biggest international “Gymnastics for all” event in the Mediterranean area. Everyone can take part! To join the Festival you only need to have the desire to perform in front of an ever cheering audience in one of the four arenas on the seafront of Riccione and meet other people with the same passion for gymnastics.

All Exhibition arenas within a distance of 3 km, and are connected by pedestrian and cycle paths. (Arena Sud, Arena Roma, Arena Giardini, Arena Alba and Arena Nord).

All arenas have dressing rooms, storage for equipment, audio equipment and lights, and grandstands with free admission for the public.

Sunday, June 28: Parade of the participating teams and Opening Ceremony will begin at 21:00 from three different locations: each team will join in the parade following the flag of their own country all the way to Arena Roma, where the Opening Ceremony for the 15th edition of the Festival del Sole will begin at 22:00 and it will last an hour.

Rehearsals will take place in the morning in the same arena of the evening exhibition starting at 8:00 and following the same access order and performance times of the exhibitions.

Afternoon exhibitions will take place in both Arena Roma and the Festival Village starting at 17:00 and until 19:00 (note: there will be no rehearsals planned for these exhibitions).

Exhibitions will take place each evening, beginning at 20:00 and until 23:30, in the five arenas on the seafront of Riccione: Arena Sud, Arena Roma, Arena Giardini, Arena Alba and Arena Nord.

Friday, July 3 Closing Ceremony: will begin at 21:00 in Arena Roma and will host the performances of selected teams, ending with a spectacular fireworks show at 24:00.

COME TO ROYAL BOUTIQUE HOTEL…we are waiting for you!!! 🙂

RIMINI WELLNESS
RiminiWellness is the  world’s biggest gathering devoted to fitness, sport, well-being, business,  physical culture and ...
More info
WE MAKE FUTURE - The Digital and Social Innovation Festival
The Digital and Social Innovation Festival brings together players from every corner of the world, promoting the exchan...
More info
LIFESAVING WORLD CHAMPIONSHIPS 2020
Riccione will be the capital of the LifeSaving World Champioships 2020, from 18th September to 5th October 2020 . Com...
More info
ITALIAN ROLLER GAME 2020 RICCIONE
This year  there will be the first edition of the Italian Roller Games, which will be held right in RICCIONE...
More info
BEACH LINE FESTIVAL RICCIONE
13-19 April 2020: Beach Line Festival is the biggest international beach volleyball tournaments MARANO AREA - PORTO &n...
More info
ARTISTI IN PIAZZA
In 1997 Artisti in Piazza – International Performing Arts Festival started-off  in Pennabilli: med...
More info
SIEGE OH THE GRADARA CASTLE
Gradara is near Riccione, 12 Km, situated at 142 metres above sea level, it represents an extraordinary  architectural a...
More info
COSMOPROF WORLDWIDE BOLOGNA
THE 2022 EDITION OF COSMOPROF WORLDWIDE BOLOGNA will be from 10 to 14 May 2022. Cosmopack and Cosmo Perfumery & C...
More info
CROSSFIT ITALIAN SHOWDOWN RICCIONE
April 24-26, 2020 CROSSFIT ITALIAN SHOWDOWN RICCIONE it’s a community fest for thousands of fitness enthusiasts, it is n...
More info
MEDIEVAL DAYS IN REPUBLIC OF SAN MARINO
The atmosphere of the past and good food are the ingredients to make your experience unique ... the frame of...
More info
MACFRUT RIMINI
Why is Macfrut worth a visit? It is a leading trade fair for professionals operating in the national and international ...
More info
MISANO WORLD CIRCUIT MARCO SIMONCELLI
ITALIAN SPEED CHAMPIONSHIP 24-26 April / 24-26 July 2020 ITALY CUP 15-17 May 25-27 September 2020 GRAN PRIX TRUCK ...
More info
RICCIONE RIDE WEEK
On 7th June 2020, the new edition of Ride Riccione will start from Viale Ceccarini with the colours of...
More info